Microsoft has adopted technology from IO Industries to raise Virtual Reality production to new heights of realism and flexibility.

The technology of video production, especially as it relates to VR (Virtual Reality) and AR (Augmented Reality), is about to take a giant leap forward. In fact, it’s about to jump a valley—the famous uncanny valley.

The concept of the “uncanny valley” was identified by the robotics professor Masahiro Mori as “bukimi no tani genshō” (不気味の谷現象) in 1970. The term was first translated as “uncanny valley” in the 1978 book Robots: Fact, Fiction, and Prediction, written by Jasia Reichardt, but it has become a guidon for animators, c.g. artists and computer game creators as a warning that, just as Commander John J. Adams (Leslie Nielsen) said to Altaira (Anne Francis) at the end of 1956’s “Forbidden Planet”, “We are, after all, not God.” 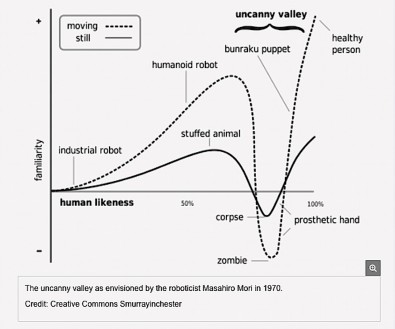 As this graph shows, crafting an imitation of life-like humans can be entertaining, up to a point. But if you come too close, and there is still something unidentifiable missing, it becomes creepy.

That’s why, up to now, most motion capture approaches, no matter how pseudo-god-like, have been better at creating Gollum than Swan Lake.

But the world of VR is changing.

Microsoft has been pursuing the concept of Volumetric Capture for the past seven years. As Andrew Searle, sales manager at IO Industries, explained to me, “The Microsoft Research Division had been working on holographic, free-viewpoint 3D capture video for some time,” he began, “with the idea of using it in their HoloLens head-mounted display, or Windows Mixed Reality platform. But about two years ago they ran into a roadblock with the scalability of their capture platform, so they reached out to us.”

IO Industries’ use of multiple high-speed cameras and capture systems had been successful in scientific and research applications such as fluid dynamics, aerospace airfoils, and weapons testing.

But when I asked Searle if what IO Industries and Microsoft were working on could be referenced to the famous “bullet time” or “time slice” shot from 1999’s “The Matrix”, he acknowledged the similarities but used the differences as definitional. 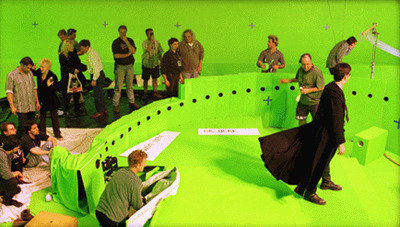 “In ’The Matrix’, a ramp of cameras was set up around computer hacker Neo (Keanu Reeves) inside a circular green screen,” he explained, “and when Neo jumps they all capture one picture simultaneously. When merged together, all those images spin around Neo in one instance of time. With Volumetric Capture, this is done with moving video from multiple cameras in real-time, so the action is not frozen.”

This lets the director move the viewpoint of the audience as the action demands while maintaining the illusion of 3D depth. 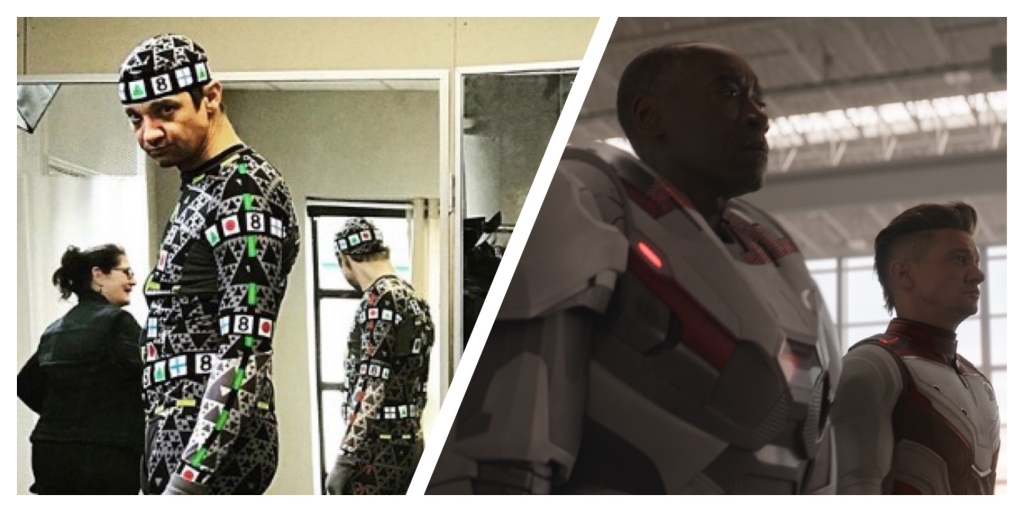 Another useful reference is today’s motion capture techniques, where multiple angles from cameras looking at actors often wearing special suits are combined inside a computer to create a skeletal model of the person onto which a c. g. character can be modelled.

As we have seen in many brilliant motion capture films this can look highly realistic for fantasy characters—but never quite real enough to represent actual humans.

“Since Microsoft’s Volumetric Capture is recording the entire actor from all angles, all the muscles, all the facial expressions, all the soft tissue movements, we can cross that realism gap,” Searle told me.

Microsoft came to IO Industries for several reasons. They wanted a system that could be scaled from small studios to large installations, they needed a recording technology that could handle input from up to 100+ cameras and cameras that could be synchronized to within a microsecond of each other.”

The system employs one additional rather clever trick. Only half of the cameras are outputting RAW, RGB colour video. The other half are recording near-infrared images of the tiny dots projected onto the actors’, props’ and objects’ forms by several laser-pattern projectors mounted all around the set.

“These overlapping near-IR cameras give us the texture and depth analysis that the Microsoft processing algorithm needs to provide the ultimate in shape rendering,” Searle said. “Motion capture suits can only fit so many reference dots on their surface. But this technique of using pinpoints of laser light gives us a much higher resolution for spatial and depth localization.” 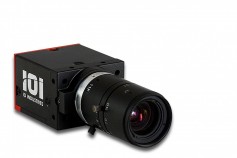 Victorem camera uses advanced global shutter CMOS sensors with high dynamic range.
Searle wanted to be clear during our interview that the Volumetric Capture is the result of almost 7 years research invested by the Microsoft Research Division, but about two years ago they came to IO Industries for some key empowering technologies.

“They are using our Victorem high-speed cameras,” he said. “Within a small form factor, they are capable of recording 2K/4K/HD/UHD and non-standard video formats with shutter speeds in a fraction of a second.”

Most importantly, since a common configuration of a Volumetric Capture utilizes up to 100+ cameras for each take, fully shutter-synchronized with microsecond-level accuracy and recording unprocessed RAW images, they generate over 10 Gigabytes of data per second.

Then to wrangle all that data, IO Industries StudioCap management software merges these files so they can be fed into Microsoft’s own processing engine from which it is output as real-time, moving 360-degree imagery.